I registered this blog nine days ago, but I only started writing it today.  Why the delay?  Because of Nham Van Son’s Two-Headed Dragon.  According to the diagrams, the piece should only take about six hours to fold.  But I’m coming up on hour twelve with at least a few more to go.

I’ve been folding all my life, but this is probably one of my most ambitious projects to date.  The dragon is based around an origami technique known as box-pleating, a style which has taken the advanced origami scene by storm over the last few decades.

Though it isn’t technically a requirement of box-pleated models, many of the high-complexity box-pleated models have the artist doing much of the creasing on the full square of paper then collapsing the sheet down to the base model all at once.  By comparison, more traditional origami often involves collapsing the sheet slowly over the course of many steps, often starting within the first few steps and only ending once the final details are ready to be shaped.

One upside is that there is less concern over paper layers.  With traditional folding, sections of paper will quickly add layers and layers, making it difficult to fold through those sections accurately since outer layers have to travel farther than inner layers.  Thus in theory it should be easier to have generally more accurate creases.

The major downside is that you have to work with the whole square for much longer.  It should be obvious that a full, unfolded square is the maximum size the sheet can get, and that any fold (that has not been unfolded again) decreases the total size left over.  And while it is easier to work with one layer of thickness than with eight layers of thickness, an eighteen inch flap is much more unwieldy than an eight inch one.

Overall, though, my main gripe with the technique isn’t the difficulty of managing a large sheet.  Rather, it is because the actual folds are rather monotonous for so long.  Once the collapse happens and it is time to work on the details then some more advanced techniques come into play, like your squash folds, reverse folds, and of course your sink folds.  But up to that point it is basically nothing but valley folds with a few mountain folds.  (By the way – if there is a demand for it, I’m happy to explain the differences between these folds as a future entry.)  The challenge comes not from watching the paper contort and warp while conforming to precise geometric laws.  No.  For hours of folding foreplay, the game is reduced to simply being meticulous about making one edge line up with another.  A valuable skill, no doubt, and one that every origami artist should be able to carry out.  But it is no less tedious when compared to the simple satisfaction of watching a half dozen different crease lines each intersecting in different ways and at different angles all coming together to result in a perfectly flat plane.

The end result should still look pretty awesome though. 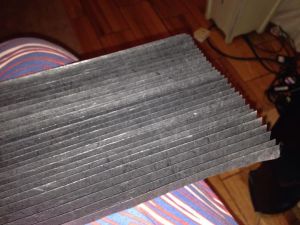 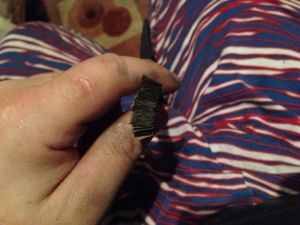 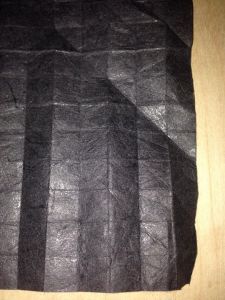 Detail on the corner. Each small square is 1/4,096 of the full square. 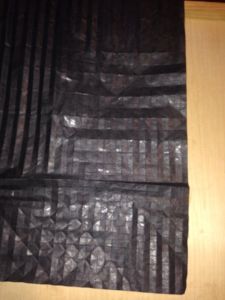 Mid sized shot of the corner. 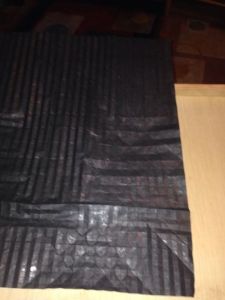 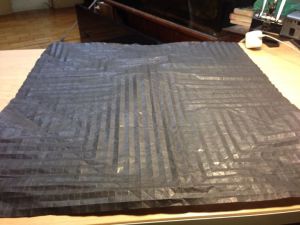 All Precreasing done. Ready to collapse! 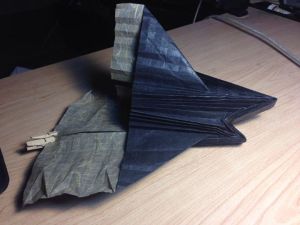 Working on the collapse. 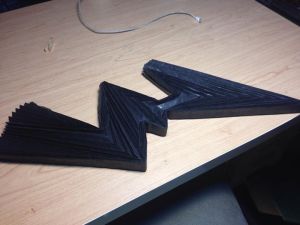 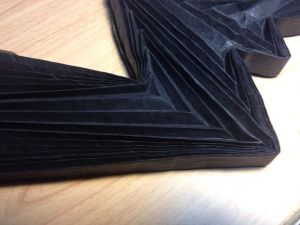 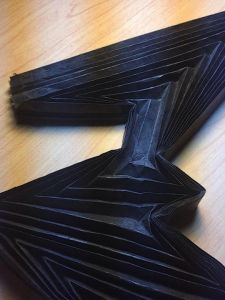